This spring the Friends of Hominy Creek Greenway will launch a project to improve eight sections of the greenway path impacted by rainfall and erosion. The project area will include sections of trail from the Shelburne Road trailhead to portions of the trail near the “beach”.

The objective of the trail project is to redesign, improve, and reroute sections of trail to create a sustainable pathway that reduces erosion and improves the trail user experience.

The project is funded by a grant from Buncombe County Recreational Services and funds from members and donors of the Friends of Hominy Creek Greenway.  Wildlands Engineering, Inc. is providing an in-kind donation to design and manage the project.  The City of Asheville, Asheville GreenWorks, and Asheville on Bikes will provide guidance and resources.

Construction will begin in April 2021 and continue throughout the summer.

Over the last several years, heavy rainfall, gravity and increased traffic on the greenway has accelerated erosion. 2020 was Asheville’s fourth wettest on record. As a result, frequent wet and muddy trail conditions have blocked access and a network of unsustainable trails has formed.

Runoff from higher elevations tends to settle on sections of the trail. An increase in the volume of users over time causes the wet trail surface to pack and settle. The impact forms ruts on the trail that catch and hold water during rains. Rather than flowing across the trail, water rushes down the pathway. Over time, water channeling down the trail gains velocity and energy, washing away more soil and cutting deeper into the trail. The combination of forces compounds the rate of erosion. As trail conditions degrade, water is held on the path longer. The results are impassable sections of trail following heavy rainfall or periods of sustained precipitation. 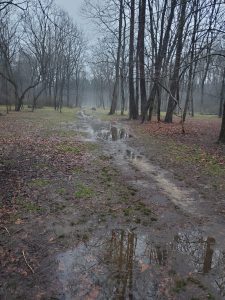 The plan involves raising the trail in several areas; creating swales, levies, and other elements to capture, store and redirect rainfall and runoff. A portion of the project will re-slope the access road at the Shelburne trailhead and redirect runoff from the roadway. Several sections of the trail will also be resurfaced.

For more information about the project or concerns, contact former FOHCG president Jack Igelman. He can be reached at jack@igelman.com

The Friends of Hominy Creek would like to welcome our new trustees: Alex Blue and Christopher Arbor. We would also like to express our gratitude to the service of two outgoing board members, Renee Fortner and Nancy Watford.

Nancy Watford is a founding board member of the FOHCG and played a leading role in securing a $25,000 grant from Buncombe County that funded invasive plant removal and the construction of kiosks, information signs, and our work shed. In addition, Nancy has helped bring the vision of the organization into function. Thank you for your service Nancy.

Among her many contributions to the Hominy Creek Greenway, Renee Fortner took charge of our volunteer program and led countless volunteer work days on the greenway. Among the volunteer projects she coordinated was improving the landscape surrounding the work shed by planting native species and removing invasive plants. Renee has also played a crucial role in keeping the vision of the organization alive. Thank you for your service Renee.

Alex Blue joined the board of trustees in November, 2019 and is from Eastern North Carolina. She came to Asheville to attend UNC Asheville and graduated in 2017 with a degree in environmental science. While attending school she completed a fellowship with the local environmental nonprofit, RiverLink. She later returned to Riverlink to complete a year service as the organization’s AmeriCorp Volunteer Coordinator. Alex currently works for the horticulture department at the Biltmore Estate where she removes non-native invasive plants and preserves native & natural landscapes. Alex also has the cutest hound dog in Asheville named Ruby. On a sunny spring day you can find Ruby and Alex floating down the French Broad River.

Christopher Arbor joined the board of trustees in November 2019.  He was born in the North Carolina Piedmont but knew from a young age that the mountains would always be his home. He attended summer camp outside of Brevard, enrolled at Warren Wilson College in Swannanoa, then transferred to UNC Asheville.  After graduating, he enrolled in AmeriCorps, and while he could travel anywhere in the United States; he opted to stay in Asheville. Since then he’s taught English at The Outdoor Academy and World Studies at the Asheville School. During breaks from work, you can find him fighting non-native invasive plant species, planting trees, and running through the woods.

Become a member of the Friends of Hominy Creek Greenway!

You will be redirected to the website of our fiscal agent: Asheville GreenWorks. Your membership or donation is tax deductible.

Membership supports our efforts on behalf of the greenway and demonstrates your commitment to Asheville’s greenway future. 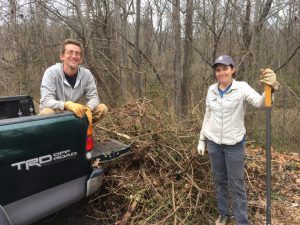 Select the membership type that best suits your interest below.

Annual Memberships for Individuals or Families $25-$150

Thank you for your support!

The Friends of Hominy Creek Greenway seek the opportunity to work with the developer, the State of North Carolina, Buncombe County, and the City of Asheville to implement the following:

Last week, several past and present FOHCG board members attended an open house at Crossroads Baptist Church to review plans for a development on the land on the opposite side of the Hominy Creek Greenway. The proposal includes 384 apartments,  50 low-rise apartments, 56 vacation rentals, 150 senior housing units, 64 single family units, 11,000 square feet of retail space and 40,000 square feet of office space. 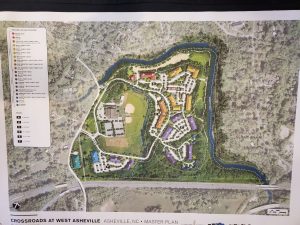 The FOHCG have numerous concerns due to the size and scope of the project. The FOHCG Board of Trustees are in the process of developing a position statement on the development.

The developer will present at the Buncombe County Board of Adjustments meeting on Wednesday October 9 at 12:00 pm at 30 Valley Street in Asheville.

From the Board of Adjustments agenda:

Warren Sugg of Civil Design Concepts, on behalf of Catalyst Capital Partners, has applied for a Conditional Use Permit pursuant to the Zoning Ordinance of Buncombe County, Sec. 78-641(a), 678(b)(6), and 678(b)(9) Conditional Use Standards, to establish a Planned Mixed Use Development (Level 1) for multi-family residential, commercial, and vacation rental developments on tax lot PINs 9627-79-7125 and 9627-89- 6780 (20 S. Bear Creek Rd);

We now have bumper stickers! Please pick one up at the greenway or ask a board member. Show your support of the greenway on your vehicle bumper! Special thanks to Lee Seabrook for the fabulous design.

Where: Cornbread Junction near the Sand Hill Road trailhead.

We’ll be working on removing invasive species around the new storage shed.

Meet at the storage shed. All are welcome. 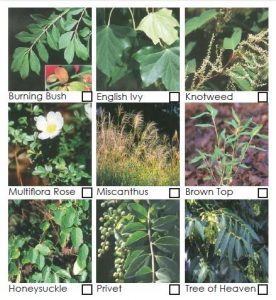 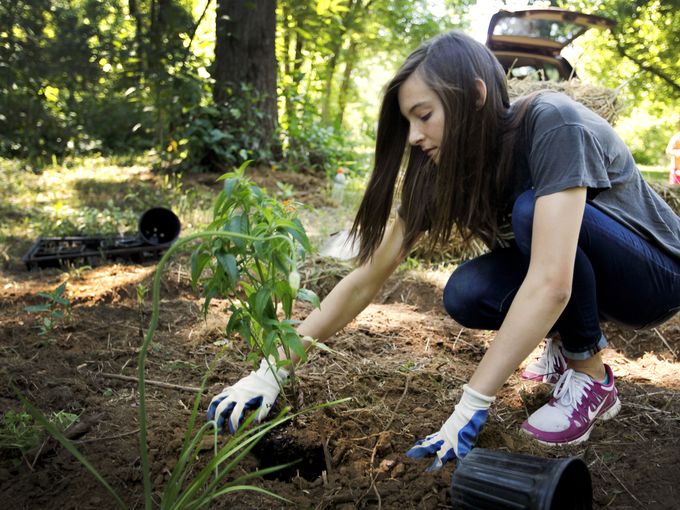 Welcome to the online hub for those who appreciate the Hominy Creek Greenway.

Friends of Hominy Creek Greenway works collaboratively with members, volunteers, neighbors, school groups and local organizations to restore native habitats along Hominy Creek as a place for community to recreate, commute, and connect with nature.  We envision the following:

Join us as a member or volunteer.

Please contact board president Jack Igelman at jack@igelman.com if desired.