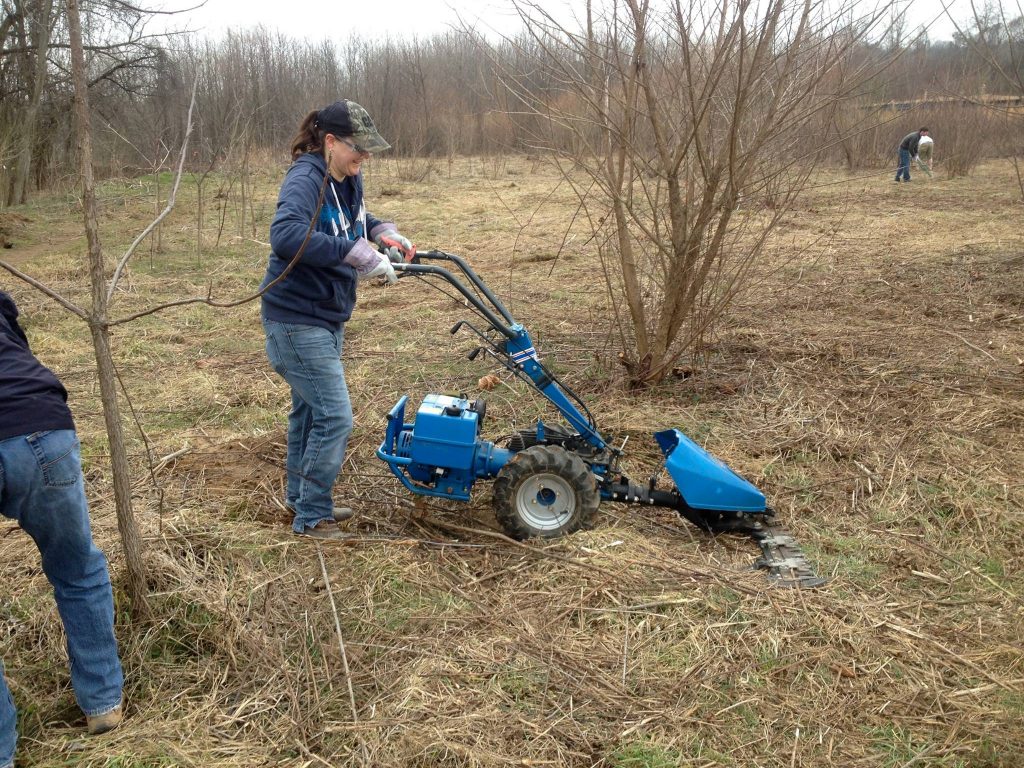 Quick update on the areas being mechanically cleared. Asheville GreenWorks is currently removing overgrown invasive plants to save our precious trees and create a wonderful place to relax. Currently being removed: privet, bittersweet, honeysuckle and the devil himself… multiflora rose. Once these specific plants are removed, we will seed with native grasses and will continue to mow these newly opened areas to beat back the invasive plants.

These areas will then become new planting areas for native trees, edible plants and pollinator meadows. Some of these areas will be perfect for beach blankets, picnics, pick-up soccer games, sunbathing, yoga and much-needed relaxation.

Public work days will be posted on the kiosks or you can email volunteer@ashevillegreenworks.org if you’re inclined to help out. 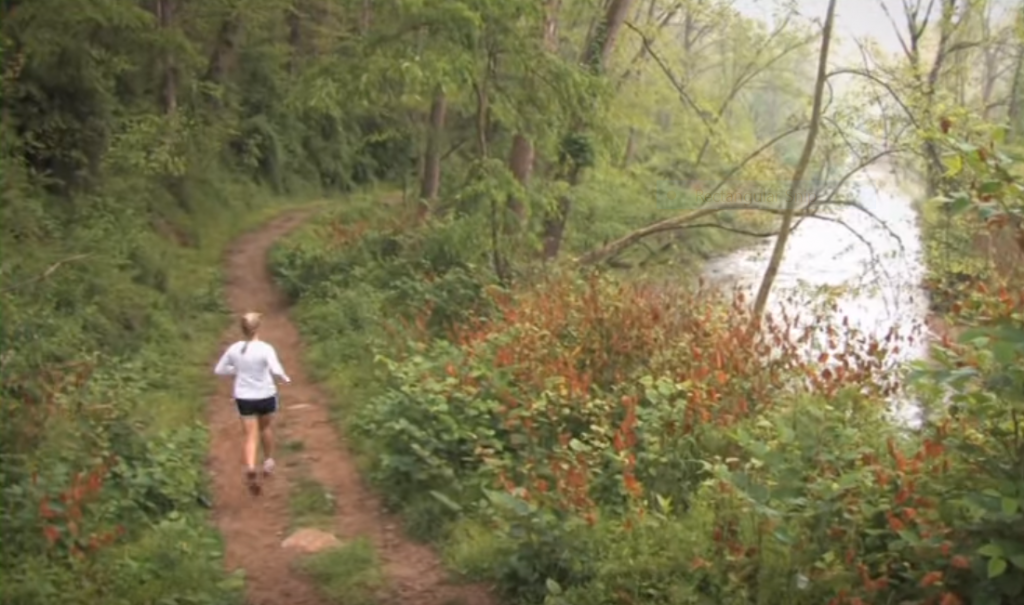 Hominy Creek Greenway is prominently featured in the first minute of this video produced by Connect Buncombe, a local greenway advocacy group.

Investing in greenways supports our schools and social services, as tax dollars should. The Dr. John Wilson Community Garden is just a small example of how greenways across Buncombe County can support these essential elements in our neighborhoods. The Town of Black Mountain established the Garden Greenway in 2011 with grant funding from multiple sources, public and private.

The Garden Greenway provides a direct link to schools and social services by:

Providing affordable access to more than 70 families to grow vegetables for themselves
Donating 4,000 pounds of fresh produce to families in need
Supporting health and nutrition education for every first and fourth grader in Black Mountain through field trips.
Did you know you can grow eight months of food for about $35? Seeds can be purchased with food stamps and our gardeners are able to grow eight months of food for the cost to rent a garden plot, $35. A number of our gardeners walk or bike to the garden to tend their plots.

I know in one instance, biking is her only form of transportation. There are no bike lanes or sidewalks that currently link the garden to downtown. Greenways connect the Dr. John Wilson Community Garden to downtown Black Mountain.

Childhood obesity and diabetes are increasing at incredible rates. I cannot think of a more direct social service to target these two epidemics among our school children than greenways and gardens. The Community Garden annually hosts every Black Mountain public school first and fourth grader on a field trip, where they learn about how fruits and vegetables are grown and how healthy food can keep their bodies healthy. With the Garden Greenway now available, these students include a walk on the greenway as part of their field trip, learning about exercise and wellness.

The greenway has increased exposure to the Community Garden, which has increased our access to funding. Last year we received a $3,000 grant to fund the installation of an orchard on a site opened up by the construction of the greenway. Planting fruit and nut trees increase our ability to provide access to fresh produce in our community.

As the mother of three children, the greenway means a lot to me. While I work, my children bike, ride scooters, draw with chalk and play games, some days long after the sun has gone down and the bats have come out. Before the greenway, dragging my children to work was a chore. Now they often want to go, even when I don’t need to.

Because our house is near the Garden Greenway, we don’t even need to use the car to go to work or play. For me, all of these things make calling Black Mountain home that much sweeter.

In April, 2002 a survey of of 2,000 recent home buyers was co-sponsored by the National Association of Home Builders and the National Association of Realtors. The survey asked about the “importance of community amenities,” and trails came in second only to highway access. Those surveyed could check any number of the 18 amenities, and 36 percent picked walking, jogging or biking trails as either “important” or “very important.” Sidewalks, parks, and playgrounds ranked next in importance.

Ranking much lower were ball fields, golf courses, and tennis courts. However, the home buyers indicated that price and home size were far more important than proximity to work, the city or schools. Given three statements to choose from, 62 percent indicated “the top concern was price,” while 31 percent said that “finding a home in the right neighborhood was the top priority.” Just 7 percent of respondents said that “being close to work and minimizing the commute was really important.”